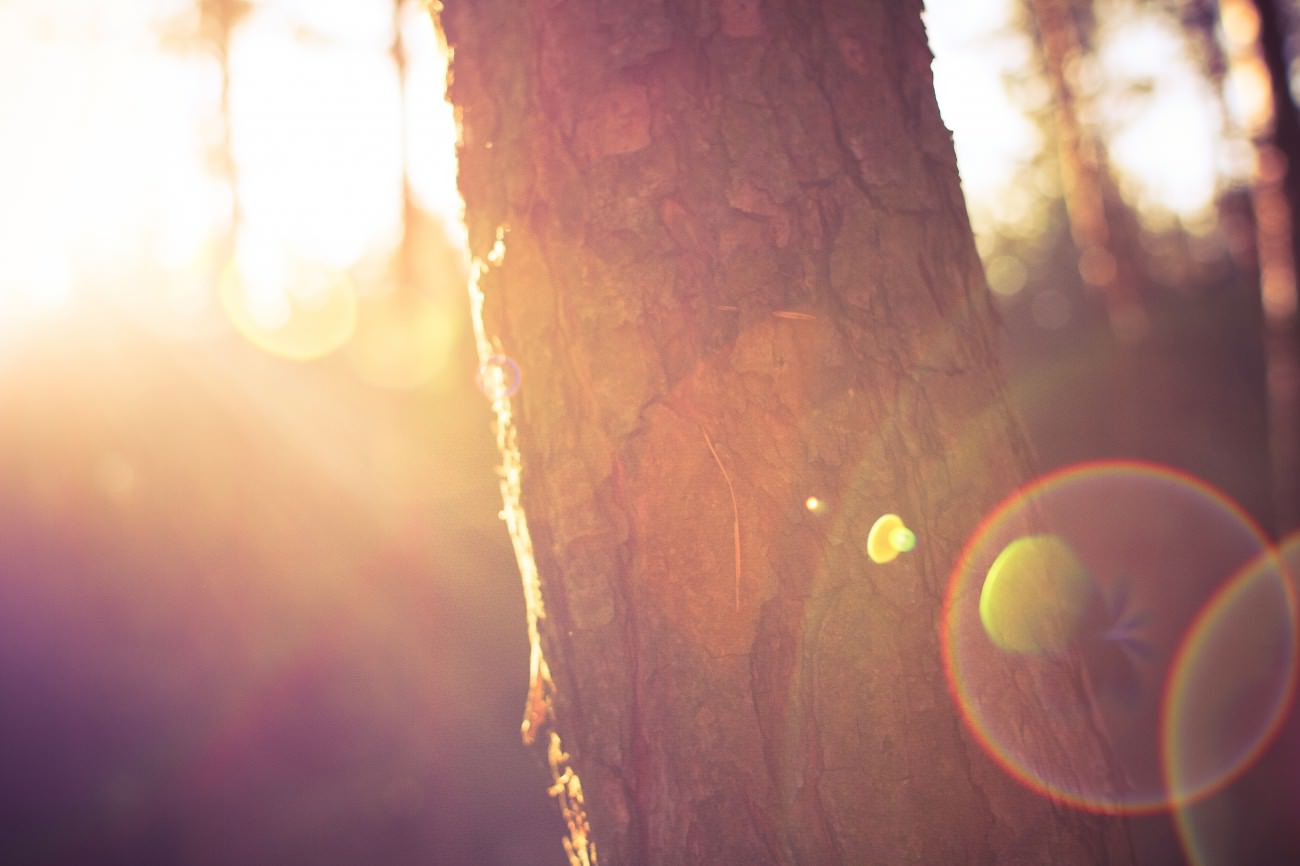 The objective of dhikr and of the dhikr that you have just done is if you like, a loosening up or a shaking off of our ideas of who we are, of our chains. It is about re-orientating oneself to the Lord, to Allah. Our lives are normally full of noise – we have a lot of internal noise – we have our concerns and what the dhikr seeks to do and what we should seek to do in the dhikr is literally to shake that off so that the hadra is like the shaking off of chains so that one can be alone with Him.

Now for that to happen one has to commit oneself to the hadra, one has to throw oneself into it, one has to allow one’s self and one’s body to become one the movement that is going on. If one doesn’t do that then the hadra doesn’t mean much at all. One of the most important issues in the hadra is not to be too concerned about what other people are thinking of you or whether they’re looking at you or not. Just forget about other people, just become one with the total movement of what is happening.

The objective of hadra is the shaking off of chains so that one can be alone with Allah.

I want to quote for you a translation of the song that we will very frequently [sing]. I want to quote the translation because this song is really a very good indicator of what we are trying to achieve. Shaykh Muhammad ibn al Habib says in this song “I’m ecstatic, alone in the dhikr of my Lord, the dhikr of my Lord is the cure”. Our lives are basically – one can look at a human life as nothing other than a pursuit of satiation after hunger.

We have all these different needs, we have all these different hungers, you wake up in the morning and you haven’t had your breakfast so you’re hungry so you go and eat something. Then maybe after breakfast you have some concern about your livelihood so you get in your car and you go to work and in a sense we are always in a sense of disquiet, in a state of unhappiness, wanting to arrive somewhere where we will be full. Where there will be a sense of quietness and a sense of peace. We don’t realize that every small piece or every small sense of satisfaction is transient and only delivers us back into another place of emptiness because it is all a metaphor that seeks to remind us of the one source of satisfaction, the one source of peace.

If one does not throw oneself into the hadra, the hadra doesn’t mean much at all.

Allah Subhana wa Ta’ala has made our hearts for one reason only and that is for worship. In other words, when we are worshiping we are doing what we fundamentally should be doing. That is, when we are at peace, anything else is distraction.

It also suggests that all other lack and all other fulfilment is a subset, it is a part of the fulfilment that you have in worship. It is like saying, the satisfaction that you get from eating lends it character from the satisfaction that you have of being in the presence of the Lord. All other delights, all other fulfilments, all other sense of satisfaction or peace derive from the single source of that which means to say that all other endeavours are nullified and are made irrelevant next to the endeavour of the path, of the pursuit of nearness to the Lord. This is the implication of the Shaykh saying “I am ecstatic alone in the dhikr of my Lord, the dhikr of my Lord is the cure.”

It is the one cure that satisfies all lack. Medicine is something that brings fullness after the lack. So if I have a headache I experience my state of health as being compromised, I have a lack and when I take a headache pill then the headache goes away. So all sense of limitation or of lack is cured only by this one source – Allah – and then the Shaykh says further that “I have loved the Lord, in whom I can count in every single thing. It is he who decrees.”

One can look at a human life as nothing other than a pursuit of satiation after hunger.

Now, not only is Allah the one source of fulfilment which encapsulates, subsumes all other sources of fulfilment, Allah is also the prime mover that calls us to our happiness, to Him. We have been made in a way that we experience ourselves as being in exile, as being in a state of neediness and that neediness calls us to journey, calls us to go somewhere. If you didn’t have any need, you wouldn’t move. So in a sense our neediness, our lack, our disquiet calls us out of our laziness into the world and the thing that we meet as we go out of the door is Allah because where ever you turn your face is Allah Subhana wa Ta’ala’s Face.

You can’t escape Him. Every moment that you face is of Him for you and that moment is a step closer towards Him which means that whatever Allah gives you is for your best and is the next thing that you have to deal with in order to come closer to Him and to escape the prison of your neediness. This is the meaning of the stanza “I have loved the Lord, in whom I can count in every single thing. It is he who decrees.” There is no other creator, everything that happens to you comes from Him, is for you and the purpose of that thing is to draw you nearer to Him.

We don’t realize that every small sense of satisfaction is transient and only delivers us back into another place of emptiness.

The Shaykh says in the next stanza “and in each love for what is other-than-He, in it is pain and in it is grief.” If you think that your need will be fulfilled by going to the object of the need then you will have unhappiness. I travelled in Turkey recently and here you have these stories of these sultans who had the most staggering power and all of them ended up miserable people. Suleiman the magnificent himself, who was one of the most extraordinary of the Ottoman caliphs had his own son strangled at the behest of his mistress or at the behest of a concubine and regretted it for the rest of his life only because the concubine wanted to succeed and become the next sultan.

Now it shows you for instance that this thing of power that we’re after, that everybody wants always comes with a curse and the curse is much bigger than the blessing that it comes with. You have another person who is smitten with a woman and he has to marry her and he pursues this woman and the woman finally turns out to be a shrew that uses up all his money and runs away with the guy next door or something. Everything that you pursue in this world that isn’t of Allah is designed to deliver you at a state of disappointment.

Allah Subhana wa Ta’ala has made our hearts for one reason only and that is for worship. Anything else is distraction.

It is like if you go to a wonderful banquet and you eat a lot, you eat to a point where you are uncomfortable; you are not enjoying the food. You almost wish you were hungry. So what the Shaykh says here “for in each love for what is other than He, in it it is pain and in it it is grief.” Suggests that every single need we pursue is a metaphor for the bigger need which is the end of neediness. If have the whole of the universe in the palm of my hand I don’t need the woman next door, the power of the sultan and the food of the banquet because I have the source of all satisfaction and that is what we are trying to pursue on the path, we are trying to pursue this place of quietness which is the aim of all need driven behaviour.

All other endeavours are made irrelevant next to the endeavour of the path, of the pursuit of nearness to the Lord.

Then the Shaykh says “Oh victory to the one annihilated to annihilation, he will have life and he will have going on.” You see, on this path the first thing that we have to do is we have to disconnect ourselves from our neediness and that is a negating thing, it is about discipline. I refuse to give in to my hunger now. I will not allow myself to act in terms of my needs because I am not going to let myself be fooled into thinking that my happiness lays at the end of the satisfaction of this particular need.

Eventually the self gets so constricted that the self implodes; that the source of neediness, the source of lack which is the very shape or structure of the self itself gives in and that event we call fana. If we say: what is a self? If we say: who is Sidi Adiel for example we say Sidi Adiel lives in Port Elizabeth, his surname is Howard, he is a school teacher by profession but he wants to change his work now. Everything that we can say about Sidi Adiel is both a statement of limitation and is biographically based. So in other words who we think we are is just a whole bundle of limitations.

Everything that you pursue in this world that isn’t of Allah is designed to deliver you at a state of disappointment.

For us to find out; who this limitless being is; because we are ruh and ruh comes from Allah and Allah is limitless. [To] find out who this limitless being is, is for this limited idea of who we are to disappear. So for the real being that sits behind this identity called Adiel Howard to come forth, the identity of Adiel Howard has to disappear. That identity of Adiel Howard is also the structure of his limitation and his neediness. So this process of us disconnecting from our neediness is also the process of use disconnecting from ourselves, from our own biography. The aim of that is called the end of self, it is called fana.

Now, Allah Subhana wa Ta’ala says the entire universe cant contain Him but the heart of the mu’min contains Him which means that on the other side of the end of limitation, the ending of who you think you are is a vast being that contains the whole universe. Now how can you ever suffer lack if all fullness is inside you, is encapsulated in your heart? So this is what we are trying to do on this path.

This discourse was given spontaneously by Shaykh Ebrahim after a dhikr session on 25th July 2004.