In the first portion of Qur’an that Sidi Kamardine recited Allah Subhana wa Ta’ala reminds us of blessings we have in the Rasul (SallAllahu alaihi wasalam) and of himself the Rasul said that he was a prophet before Adam, which makes him the first cause of existence, the reason why the whole drama of the cosmos took place. One could say that this is a peculiar claim from a miniscule being on this hidden away planet in a faraway galaxy on the edge of the universe. Then we have to consider why it is that Allah Subhana wa Ta’ala created us such that we are beings hidden in a corner of a faraway district of the galaxy. Why are we made so obscure and how can that status of our obscurity make us worthy of being sent the first cause of all existence, Muhammad (SallAllahu alaihi wasalam)!

The purpose about smallness is so that we are the ones who consciously affirm His Vastness.

Allah Subhana wa Ta’ala created us, created the whole of existence because He loved to be known. He loved to be known in His Vastness, in His Majesty, in His Magnificence, in His Incredible Sense of Finesse and Design. How could that be known other than by a being who is small, who is clumsy? So the human being called to existence is rooted in his inadequacy. The purpose about smallness is so that we are the ones who consciously affirm His Vastness. Allah Subhana wa Ta’ala cannot be known from a place which is big because He is Vast, so how does the Vastness get known other than by the station of that which is incredibly small!

Allah Subhana wa Ta’ala also has to produce the station of being lost. Other-than-Allah is impossible, which means to say that this place called man, which is the scaffolding on which the vastness of the universe can be appreciated, this is only an apparently small place because other-than-Him is impossible which means to say that we are the means by which He Beholds Himself, He adores Himself. So part of the process of our journey as human beings is that we are brought into this world to be lost, to have our sense of connectedness with all things and this vastness that sits at the base of our being, to have that ruptured. Allah Subhana wa Ta’ala deliberately leads us into exile.

We have young Sadiya here – you can see when she looks at a plant she’s overwhelmed. When she looks at an animal she’s completely aghast. We were all like that at 8 months or 6 months. What happened to that fascinated light magical being? Well, we were socialised and we were given identities and we were made increasingly to suffer this illusion that we exist as separate creatures, that banishment into exile from the Oneness of our being just newly come from the Rabb. As we get older we get more and more sense of our own unique individual existence. That sense of banishment, that sense of alienation is a necessary position, a necessary place so that you can come home! You can rediscover your nature.

If Allah Subhana wa Ta’ala loved to be known how could He be known other than from a place of being lost! You know, you have to lose the thing before you can appreciate the thing. You don’t know something that you have all the time so our lostness has a purpose, has a role. Our alienation has a role. To learn a language and become a human being among other human beings and having to knuckle down and get an identity – this is part of Allah’s Plan! This is us being pushed into exile. But, the aim of being pushed into exile is that homecoming. And what is our tool for the homecoming? What is the most eloquent tool for the homecoming? It is the Sunna of the Rasul (SallAllahu alaihi wasalam) and it is the heart, it is the intent of the Sunna of the Rasul (SallAllahu alaihi wasalam). You see, it’s one thing to emulate the Rasul (SallAllahu alaihi wasalam) in terms of learning the language that he spoke or growing your hair the length that he had. It is an entirely different matter to try and emulate him at the level of intent, of meaning.

Shaykh Muhammad Harun told me a very beautiful story recently about an Hadith where the Rasul (SallAllahu alaihi wasalam) went and bought some fabric from a merchant. And when the fabric was being measured he insisted that the merchant stretch the fabric to its greatest extent so that basically he ended up paying more for the fabric that he bought. That was his Sunna. He would not try and do somebody in a transaction. He would go that extra mile. He would pay that little bit more. Not this petty haggling that we think is appropriate in this circle today. It’s not correct. The Rasul (SallAllahu alaihi wasalam) wherever he went his first position was “how can I help you?” – Whether he was transacting with you, whether he was speaking to one of his wives, whether he was on the battlefield – that was the model of his behaviour.

The second thing that is important about the Rasul (SallAllahu alaihi wasalam) is that nothing he did was arbitrary. He cut his nails in a particular way. He did wudhu in a particular way. He slept in a particular way. In other words there was deliberateness about whatever he did. He didn’t just do things to get things done. He did things because they in themselves were significant things, they were acts of worship. So the second thing he did was that when he did anything he deliberately shifted his purpose, his intention, from the result, from what he was trying to achieve, to doing what he was doing well.

They are the two core principles. What he demonstrated is that when you do those two core things – when your action with your fellow man is for the good of the fellow man, and when all of your other action is in mindfulness of the proximity of your Rabb – you navigate your way home out of exile. Our Deen is miraculously like that. Our Deen gives us the toolage to make our everyday experience a step towards, an incremental process towards the Divine Encounter. If one has a look at other ways of dealing with this, like the ancient Christians at the time of the Rasul (SallAllahu alaihi wasalam), the people who really cracked the code became monks and nuns. They became monastic. They had to completely withdraw from society. They couldn’t engage the world. Or if they wanted to find their way home they had to leave the world.

Our Deen gives us the toolage to make our everyday experience a step towards, an incremental process towards the Divine Encounter.

So here we have a Deen that shows us the way home in the world. So Allah Subhana wa Ta’ala creates the human being. He takes all the events from the beginning of time, creates the vastness of the cosmos so that He can have this tiny little corner at the edge of the cosmos called our galaxy which has also got a tiny little corner called planet Earth, to create the human being, this hidden away thing, this lost thing. He created our lostness, our insignificance, on the side, so that He could bring us the Messenger who would then get us to do our role, which is to experience His Vastness, His Magnificence. The Rasul (SallAllahu alaihi wasalam) in that sense is the pathfinder. Allah lost us so that so that He could send the Rasul so that we would be found. He deliberately threw us away. He scattered us – “Go! Go suffer! Be in exile. Suffer you boundaries. Get out of the Garden. Go away!” That all happened so that He could send the Rasul and the Rasul could then bring us back because once we have been thrown away and we come back we then know what it is that we have lost.

The last sura that Sidi Kamardine recited was Surat al-‘asr. And it is amazing how Allah Subhana wa Ta’ala presents this to us because He warns us even in this matter of following the guide home. Don’t get arrogant. Don’t think that when you start having some sort of progress and things change and the world around you begins to support you, don’t think that you are doing this because you’re clever, that your ingenuity is at work. He has designed the whole drama. He has designed the entire stage. He has designed your lostness. He has designed your way back. Every step of the process is at His Mercy, at His Behest. Our role is to be grateful for that. You are not grateful for something if you think that you are so clever and that you made it happen. “Idha jaa-a nasru’llahi wa-l-fath”. When His help comes and the openings, don’t at that point stop worshipping, stop being worshipful. Don’t be arrogant. And then Allah tells us that you will get arrogant but … He comes back often! Alhamdulillah! Alhamdulillah!

So, May Allah Grant us a swift journey home. May He Grant that before we die we experience our true nature, experience this infinity that is at the root of our being, and that we have conviction that this is our being, the essence of our being.

May Allah Grant Ridhwan and Zaheeda great blessing in this home, Grant them opening for the beautiful evening and for hosting us.

This discourse was given by Shaykh Ebrahim after a dhikr session on the 3rd of March, 2012. 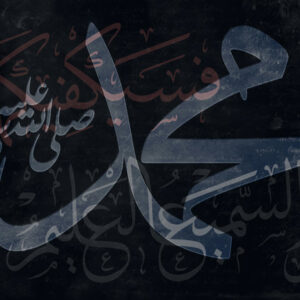