So when the self engages the other on the basis of intent to get something from the other the other becomes dangerous to the self and the self becomes dangerous to the other so these two repel each other, you end up in a situation where these two can’t be in the same space. As soon as the self takes the intention to take or to get into the interaction, the self repels the other and the self is repelled by the other, you then have a competitive world where only one can survive. Only one can be at the same space at the same time, we become territorial; we protect our turf. We have people under our heel and we have people on top of our head.

The way of cooperation is based in a person who is fundamentally here to serve; he is here to give something. In any situation he looks at the situation on the basis of how he can be helpful and because he looks at the world from that point of view, the other is safe from him and he is safe from the other and when you have two people that are fundamentally safe from one another you have harmony, in other words these two can coexist, they don’t repel each other, they attract each other.

The person who is here to take, the competitive person, their way of looking at the world is based in judgment because they are almost trying to work out who is top and who is bottom, who is better and who is worse. So there is always a competition going on between them and the world that they are in. As they are walking through their life, their internal dialogue is a continuous dialogue of judgment. That is good, that is bad, that is better, that is worse, I’m on top of that, I’m below that. The person who has a cooperative way of being, who is here to serve, does not have a judgmental undertone to their internal dialogue, they are not trying to compete with things as much as understand them. When you are really trying see something you almost want to stand a little bit away so you can see the whole picture so this person is vacating the space, they are not competing space they are vacating space because they want to see what’s there. They want to understand what is there. So a cooperative person, a person who is here to serve is a person whose internal character is one of curiosity rather than one of judgment. They are interested in the world that they are in rather than trying to fix the world that they are in.

What is wrong with us that we feel so inadequate that we have got to show that we are better?

This is a very useful insight I have found because it helps me to understand why Muslims have very often been reduced to this combative stance with the world because we are trying to prove that we are better. We are trying to prove that the East is better than the West, the Oriental is better than the occidental the Muslim is better than the Christian. If we are so much better then why are we competing? If we were so much better then surely people would be coming to us in droves. We would not have to demonstrate that we are better by listing this long list of personalities with the Rasul (SallAllahu alaihi wasalam) on the top and say “ja” but it was a kafir that said he was the most important man in history. We won’t have to keep carping on about the legacy of Spain and how the Muslims were the powerhouse of modern science and that all that was good in Europe came from the land of Muslims of the 10th and 11th centuries. This may or may not be true but this isn’t the point, why do we have to prove that we are better? What is wrong with us that we feel so inadequate that we have got to show that we are better? Instead of being better, demonstrably better where we would be so noble and generous that people seek you out, they are attracted to you because you have vacated the space that allows them to be, they feel loved in your presence, they feel affirmed, they feel you are genuinely interested and curious about who they are; what do they experience from us? Judgment, rejection, putting down, there is always a pecking order and we are superior and that is what they experience, repulsion.

The question remains, why after 400 hundred years of Islamic history in this country there are still so few Muslim’s that are indigenous Muslim’s, people like myself or Sidi Qasim? Why? Well it has to be this phenomenon is clearly not as attractive as the phenomenon that got people to put their lives on the line in the first generations. These were people who were quite willing to die for this based on the experience on what the Rasul (SallAllahu alaihi wasalam) was.

So despite the fact that we may know the meanings of Qur’an and Sunna and be highly educated, we carry with us a chip on our shoulder which is so massive, which solicits from us the most despicable and competitive behavior which negates absolutely everything we claim to be. If we say actions are by their intentions then we must know there are two intentions. There is an intention to serve and there is an intention to take. The intention to take makes you fundamentally repulsive and repelling, it puts you in a competitive world view where it creates the conditions where you are walking through life with judgment. If you are here to serve then the opposite becomes true, you walk through your life with an attitude of curiosity and affirmation.

This discourse was given by Shaykh Ebrahim after a dhikr session on 28th February 2009. 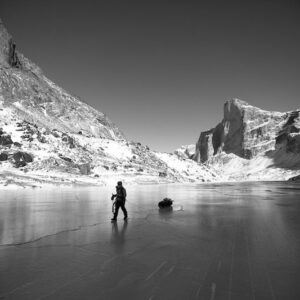 Provocation: An Opportunity for Transcendence 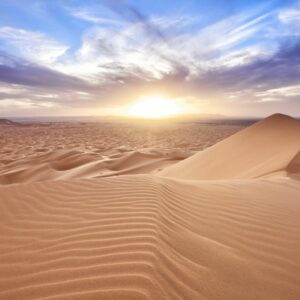