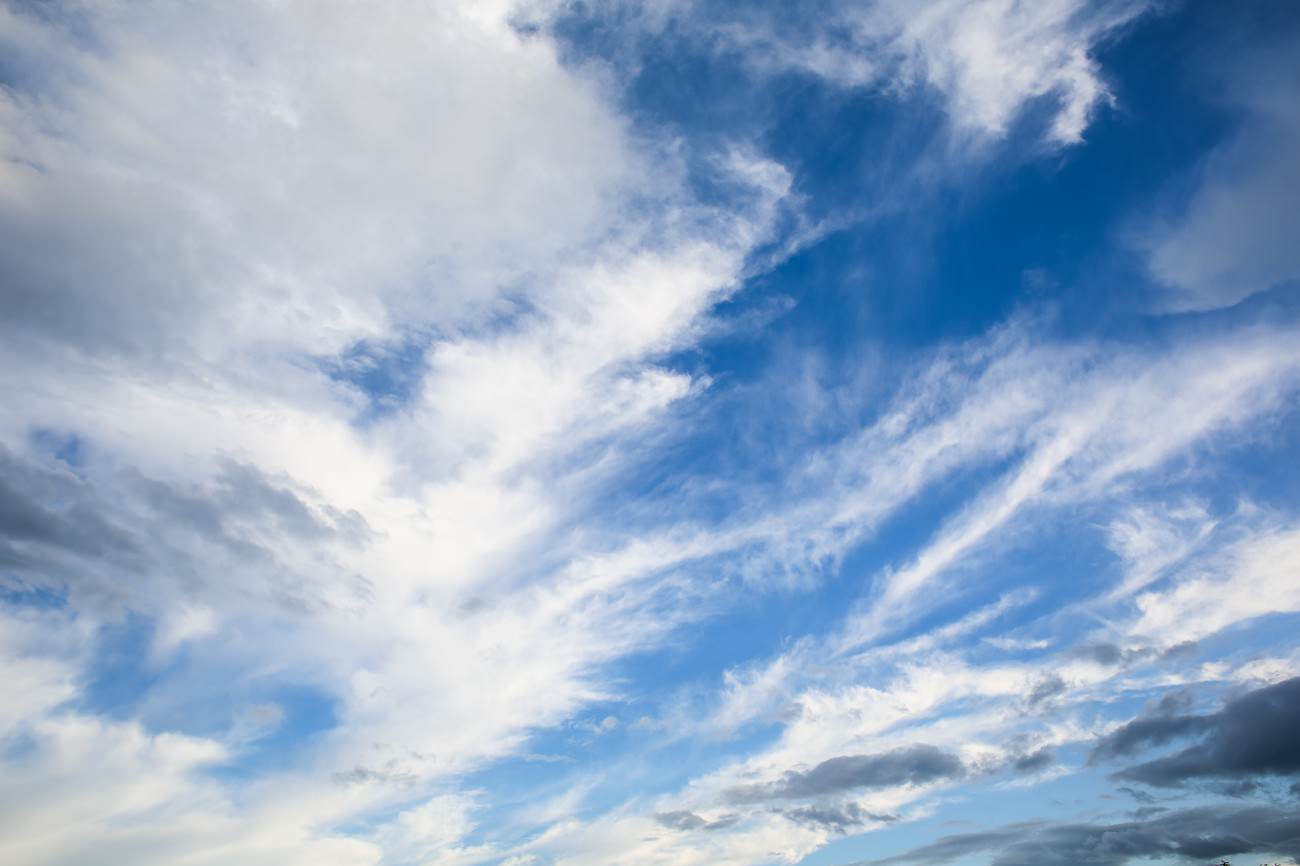 Our Rabb put it in Sidi Kamardine’s heart to recite, repeatedly, the same ayat – “with the dhikr of Allah the heart becomes tranquil”. It is with the dhikr of Allah the heart becomes tranquil. This suggests that the state of the heart outside of dhikr is one of agitation and this is true. The human being is faced with an immense problem and the problem is that you are very small and the rest of the universe is staggeringly big. So you are a being clawing moment by moment through life in the face of extinction and annihilation because it’s the nature of that which is very big to overcome, to vanquish that which is very small.

The state of the heart outside of dhikr is one of agitation.

And so Allah Subhana wa Ta’ala tells us and reminds us in Sura al’Asr: “Wa’l asr. Inna al insaana lafi khusr” – in the face of time we are completely at a loss. We have no defence. The natural order of things – the human being – is suffering. The natural order for the human being is disturbance and disquiet. All human beings suffer this. Muslims suffer this. If we didn’t suffer disquiet, if we didn’t suffer why is it that we are at the butt end of everybody’s wars at the moment?

So this is the human condition this suffering, this disquiet, this agitation which is the essence of being human is truly for every human being alive – “Illaal aladheena aamanu wa ‘amiluus-salihaat” – in essence, except those who continue to remember their Lord and demonstrate that remembrance of their Lord by acting consistently on what He wants from them rather than on what they want for themselves. Every moment that you are alive Allah presents you with two possibilities – what do you want and what does He want from you? To live means you act on the basis of what He wants from you and not on the basis of what you want.

To live means you act on the basis of what Allah wants from you.

Dhikr of Allah makes the heart tranquil. First of all, from the point of view of meaning we suffer an illusion as human beings and the illusion is that we exist as separate beings. We exist apart, as separate from the world around us. That’s how we experience our lives and it’s because we experience ourselves as separate from the world that we therefore put ourselves opposite to the world and we therefore experience the world as threatening. You know, your hand can’t find the rest of your body threatening because it’s part of the rest of your body. But it is only when you exist separately from everything else that you find everything else threatening, when there’s a gulf, when there’s a split, when they’re opposite you.

We know that Allah Subhana wa Ta’ala is Wahid – He is One. And this isn’t just an interesting sound we make in Arabic – it means that the fundamental reality of existence is a continuity that subsumes all things. There is a oneness that connects all things. So in the first instance to remember Allah means to remember knowing that you are part of something immensely vast, that the world is not opposite to you, that you aren’t a small thing faced by that which is very big, but in some sense you are connected with and the same as that which is very big, which then makes the heart tranquil because the heart isn’t faced with a universe which is threatening and vast.

The fundamental reality of existence is a continuity that subsumes all things. There is a oneness that connects all things.

The other reason why dhikr has the effect of silencing, of quietening our heart is that dhikr, when done properly as it should be done has the effect of silencing our internal dialogue. This is another peculiarity of what we think waswas is, that is referred to in Qur’an – is something like a little horned creature sitting on your left shoulder whispering in your ear. It’s not like this. Waswas is the thoughts you think to yourself. Waswas is your internal dialogue. We are all pickled in waswas. This is not an external reality. It’s an internal reality. This is not being occupied or being attacked by a devil that sits on your shoulder! This is in your heart.

So our disquiet, our anxiety is carried in our internal dialogue in our waswas, in this story that goes on and on in our head the moment you wake up. If you could put a little camera, a secret camera into your ear and actually videotape what goes on in your head, and watch the movie tonight, you won’t sleep! It’s a horror show! Most of our internal dialogue is a horror show. You know, no wonder it’s bad for your blood chemistry, our heart gets a flutter and you go to the doctor, because this stuff – grrrrrrrrrrrrrrr!

It is with the dhikr of Allah that the heart becomes tranquil. If you do dhikr properly you no longer think, you silence your internal dialogue, you silence your waswas. Any dhikr done properly has that effect, sometimes through different pathways. Now I’m going to explain to you why the hadra that we did tonight had that effect of silencing internal dialogue. Why this technique particularly and I’m not suggesting this technique is better than other techniques, that’s not what I’m saying. I’m trying to explain why this thing works.

Most of our internal dialogue is a horror show. No wonder it’s bad for your blood chemistry!

If you’d done dhikr properly tonight you would have felt in the dhikr – if nothing else – quietness, just quietness, immense quietness and the reason for this is that you’ve pumped your sadr, your chest, your qalb, you’ve pumped it dry. You’ve emptied it out. That’s why when you do this hadra you do it with absolute commitment. You pump yourself dry so that you’re just a shell left after it. You see, internal dialogue requires to be aspirated, in other words it needs breathing. Why do we know this? Because if you look at someone who is really agitated they don’t breathe properly.

It’s like they’re talking to themselves. You can see it, literally, constriction in the chest. So, what you’re doing with this is you’re taking off this stuff that’s kind of like parasites on your breath and you’re pumping them out. You’re literally pumping them out. You’re pumping your chest dry. When you do this dhikr with commitment the effect of this is that you pump your chest dry, which means you don’t think a lot afterwards. Then you discover that indeed with the dhikr of Allah the heart becomes tranquil. Because in this case you’ve used this dhikr as a bellows literally to pump out what is in your chest.

So apart from anything else this is not just a meaning effect, that too, it’s a physiological thing. You’ve changed your blood chemistry by doing this, if for no other reason but for the fact that you’ve bombed your brain with oxygen. In fact you’ve gone into every corner and you’ve blown them all out. Now this does not say the practice like we’ve just done replaces anything that is required of you in the Deen.

When you do this dhikr with commitment the effect of this is that you pump your chest dry, which means you don’t think a lot afterwards.

If somebody says, “Yeah, but you know this is done instead of salah!” – I mean, that’s just nonsense. These things are the supererogatory things. They are extra things that you do. It’s based on a base plate of Deen, based on a base plate of the five pillars, salah – it doesn’t replace it. Then somebody might say, “But aren’t the five pillars enough?” Well of course they’re enough. However, tell me truly if every time you stand on the musalla your mind doesn’t wander! And any person who can claim that that is a person who can say I don’t need to do other practices to get control over my consciousness.

All of these practices are practices that are concerned with learning how to control your attention so that you’re not overwhelmed with waswas. That’s why this is a very useful skill to have, something that builds on your salah and enables your salah because you know what it means to have a quiet mind so that when you walk onto the musalla you’re present. So nobody’s saying the salah is not good enough and you know, if you honestly thought that you’ve got maximum benefit out of your salah then you would be able to say to me right now – my mind doesn’t wander once from my salah – and there’s not a man who can say that. Not true. I know this.

Dhikr is something that builds on and enables your salah because you know what it means to have a quiet mind so that when you walk onto the musalla you’re present.

So these are the supererogatory things, the extra things that we do to help create depth, that give us, that help us to take our Deen and turn it into what is was designed to be. Our Deen is not a cultural identity. Our Deen is a technology for transformation. There’ are two kinds of people in the world. There are people who are trying to become significant, they’re trying to stand out, they’re trying to be seen, they are pursuing a career, and then there are people who’ve got a different skill and it’s not a skill of being seen, it’s not a skill in accumulating. It’s a skill in disappearing, becoming nothing.

What does the word submission mean if not to disappear? What is the sajda if not an act of disappearing? A man in sajda is like – one bottom against another bottom, you know, you can’t work out who this is – the face is hidden. Our Deen is not about becoming important people. Our Deen is about learning how to disappear. That’s what this is about, which is why keeping company with the fuqara and having access to the knowledge and the practices of the fuqara is useful, because it helps you to understand what your Deen is there for. Your Deen is not supposed to be an identity. “O! I am a Muslim.” “I do this and I do that!” This is not what the Deen is there for. The Deen isn’t there to tell you who you are. The Deen is there to help you escape who you are.

This discourse was given by Shaykh Ebrahim after a dhikr session on 28 September 2009 during the annual Gathering in George.