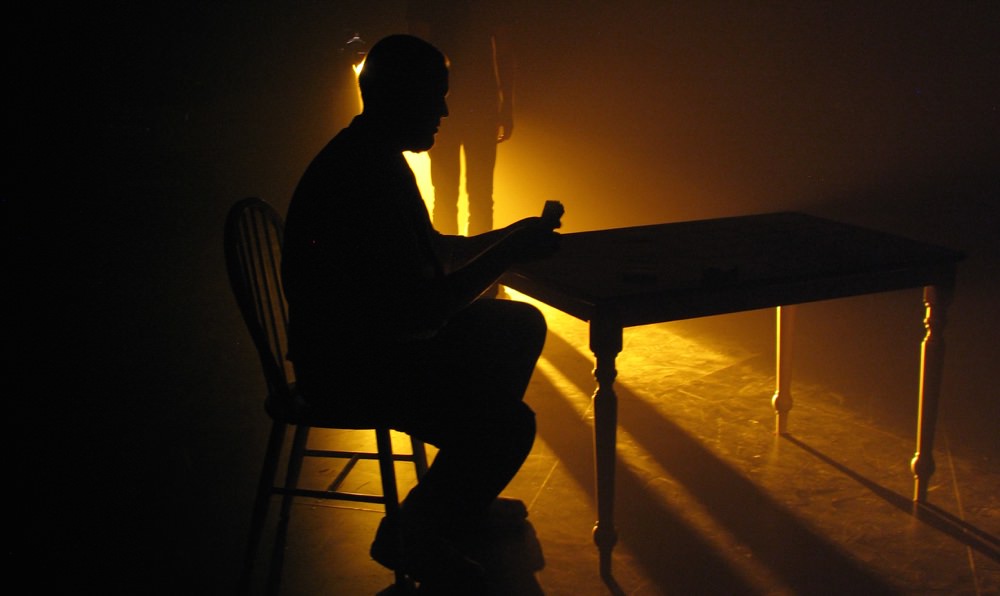 What is to succeed in having been human, to succeed in having had a life? We live in a world and we are pickled by, impregnated by, surrounded by a world that seeks to convince us that the meaning and the significance of our lives and our success as human beings is based on what we achieve in it. The crudest and the worst of them measure your success only by your material accumulations; how much you own, how much you have, how well known you are, by how much you know. These things do not describe success. You don’t measure a man’s success by his capacity or his propensity to accumulate.

A man succeeds at this project of being human based on his capacity for and propensity to lose.

A man succeeds at this project of being human based on his capacity for and propensity to lose. And why is this so? Because we know that our life is a trajectory. It’s a process that fundamentally starts somewhere and ends somewhere. Our lives start with birth and at the moment of birth the infant is yet to get completely unconditionally. Whatever it is going to get it will still get it. We also know that our life ends with an unconditional moment called death and in death we’re not asked how much have you accumulated, but we are asked how eloquently and well can you lose absolutely unconditionally right now?

This examination that we all face of irrevocable and total loss you cannot sit for it if you don’t study for it. You cannot sit for it if you don’t practice for it. If you make the project of your life accumulation how can you face the moment of absolute and irrevocable loss? It is not possible. So the Path that we’re on seeks to shift the way in which we look at our lives from a process of ongoing accumulation and getting when we have the illusion that as we get older there’s more and more of ourselves – I know more, I own more, I’m accumulating more – to shift that view to an understanding that every moment you are alive there is less of you. You are not going further away from birth but you are rushing closer towards death.

Every moment is a moment of handing something over, of expending potential, which means that action, activity and behaviour can be aimed at one of two things – a project of accumulation or a project of rehearsing loss. The Path, the path of the fuqara, the path of those who claim to have nothing, are impoverished, because that’s what the word faqir means, is the latter path. It is the path of the one who practices submission, handing over, loss, giving up. It is only those who become eloquent in doing that, who are able to face Malik al-Maut, the angel of death when he stands at the door.

You are not going further away from birth but you are rushing closer towards death.

Our Path, the Path of Tasawwuf, the Path of the Shadhiliyyah, the Path of the Darqawi, is a Path which is concerned with propagating this eloquence, the eloquence of loss, the eloquence of letting go with no rancour, no accusation, and no ill-feeling. Now how do we know that the practices that we do, hadra, dhikr, salah, the saum, the zakat, the things that are required by Allah Subhana wa Ta’ala, how do we know that those things are going to help us in this project of learning to live our life on the basis of handing over rather than accumulating? Well, we have the example of people who we have known.

I’d like to tell you a few things about the passing of Shaykh Mustafa, Shaykh Mustafa Bassir, based on a very short conversation with Sidi Idris. So please excuse me if I get some details wrong. If we say the jury is out on the stature of the man until we see him in the face of death then we know the quality of the man, then I think we should take advice and good heed to Shaykh Mustafa’s death. Shaykh Mustafa was ill. When I saw him six weeks before he died in Morocco he looked thinner but his behaviour, as far as I could tell, had not changed enormously. He was still very active. He still travelled to cities all over Morocco, went to huge dhikrs – very much alive. So we learned that Shaykh Mustafa Bassir passed away. Idris went back and we heard the following about the passing of Shaykh Mustafa.

Shaykh Mustafa was due to go to France for specialist surgery. He was due to leave on a Thursday. Initially they were going to leave earlier but Shaykh Mustafa insisted “No, no, no” it had to be Thursday. And in a number of the conversations he had with Sidi Ismael his khalifa he said to him, “I don’t want to give these €7000 we’ve saved for this procedure, I don’t want to give this to the kuffar in France. I want this money to go to the miskin and fuqara in Morocco. So we’re going to leave later.”

We bear in mind that the most significant event of our lives is death.

A week or so before he passed, when people would phone him, people would say, “I’m coming to see you. I’d like to see you in a month or so.” Shaykh Mustafa said, “No – you come on Tuesday.” He instructed people, “Come and see me on Tuesday.” So the Tuesday before the Wednesday that he passed away there were a thousand people in the zawia. From all over Morocco people came at the instruction of the Shaykh.

On the Wednesday Shaykh Mustafa was not eating at lunchtime and his daughter said, “Why don’t you eat something?” he said, “Stop it! I am Allah’s guest now. Don’t try and feed me,” which is very odd. People looked at him very strangely. And when his daughters and his wives were packing clothing for the journey to France he said, “What are you people doing?” They said, “We’re packing for you to go to France.” He said, “You’re crazy!”

The afternoon of the Wednesday they had to go to a clinic for a check-up for Shaykh Mustafa. When he got back Shaykh Mustafa got out of the car, walked into his room, took out his clothes, sat facing qibla and started reading the Shahadah, like he was preparing to die. His daughter saw his behaviour and said, “Please don’t die now!” and started to cry. Shaykh Mustafa said, “You don’t know what you’re talking about. Leave me! It’s my time now. I must go.” He lay down like he would be buried facing qibla reciting Shahadah and slowly the house filled, his family was there and then sometime late on Wednesday evening Shaykh Mustafa passed from this world with a smile on his mouth – a smile on his mouth! Now this is dying well! May we all have a death like this! May we all have a seal like this!

It became absolutely apparent that the reason why he delayed the trip to France was so that he would die among his fuqara.

All the other projects of our lives are of no note. They are all a silly frivolous waste of time. There’s only one project that’s worthy and that’s the project of the polishing of your intent to serve, the polishing of your intent to be at the service of your Rabb in every single moment of your life. And your Rabb has a way that tests that. And He has an examiner who tests that capacity to be completely at the disposal of what He wants from you. That examiner is called Malik al-Maut, the angel of death.

All our insincerities, all our mucking about, all our silly games, our frivolous little projects, all can get crushed into their proper perspective, their proper place in the light of the proximity of death. If you know what is in fact the case, that your miserable little life is suspended by a single lungful of air and that no matter how robust you appear to be, that there’s a moment waiting for you, just like you’re going to walk out the door, there’s a presence waiting for you who in one grab is going to strip you of absolutely everything; your wealth, your family, your children and ship you off to a cold hole in the ground.

In the light of that how can there be any other project than cultivating the consciousness of being ‘abdullah, being the slave of Allah Subhana wa Ta’ala, being the one who serves unconditionally?

This discourse was given spontaneously by Shaykh Ebrahim after a dhikr session.