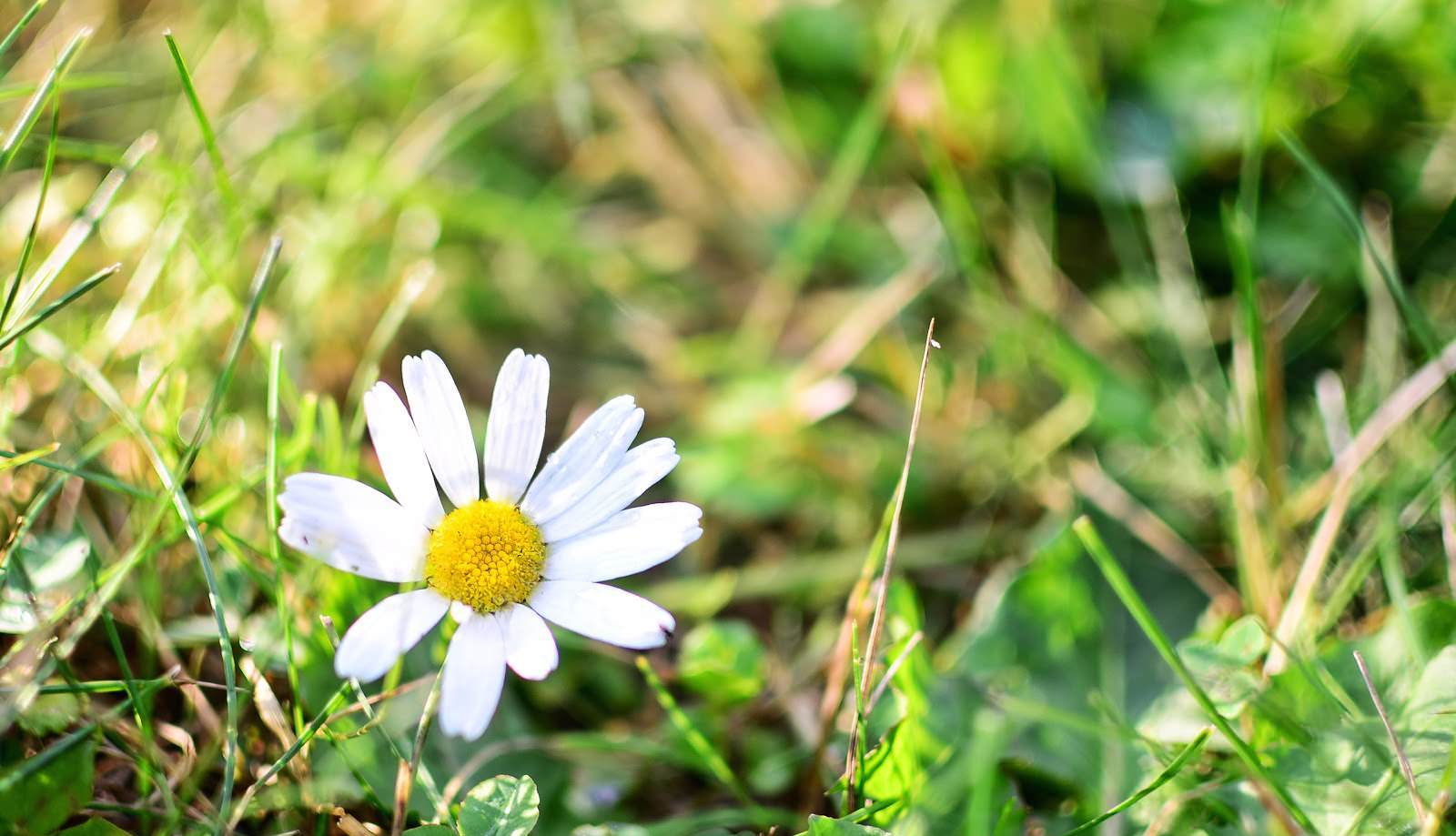 The problem is that you can use any text in the world to legitimize any position in the world. And so, in a sense, we could quote from Qur’an and Sunna but my fear is that, that response actually does not underscore the legitimacy of both our practice and of how we are pursuing our Deen when we are on the Path. I want to tell you a few stories to make sense out of this and the stories are around really, for me, demonstrate how one can use text to confirm a position of nafs and a position that is in fact based on the illusion that is contrary to the fitra and is fundamentally destructive.

You cannot use the authority of Qur’an and Sunna to justify an opinion.

Sidi Qasim and I have been friends for many years and we were associated with the Murabitun, we were together involved in a group called “Al Anfal”, which has joint leadership. We met a man, he was a young man then, called Ali Medesai and this man was my no measure or means a coward. He is the most courageous person I have ever met and I owe my life to his courage. We were once accosted by a crowd of about 400 youngsters in the township and they were going to kill me. They had a bottle with petrol in it. They were sort-of dragging me out of the vehicle I was in. Ali was in the vehicle. He got out of the vehicle and said to this crowd of 400 people, “You touch one hair of this man or you scratch this car and I will kill you!”

To my absolute amazement all 400 of these people backed off. I am making the point because what I am about to say is – this doesn’t reflect a coward. At the time we were very influenced by Shaykh Abdal Qadir’s book “Sign of the Sword” and it was taken in this country as meaning justifying qaswats and justifying violence. It was at the time of the great drama in the Murabitun of South Africa and there had been a succession at the Soweto Masjid. The Soweto Masjid was under our control. So it was decided, and I was convinced that this was correct by the way – I’m not accusing anybody else – that we had to kill key people in the Soweto Masjid.

Your fitra is a deeper place than your opinion.

I tried to convince Ali Medesai to do this. And this man who I know to be alive and who was frightened by nothing, wept like a baby. He couldn’t do it. He said, “But these people are innocent! You can’t shoot people for this!” Anyhow, so we didn’t end up killing them. It just so happened that a few years later both this man and I fell out of favour with the Murabitun and we were saved by the reticence of this man who could have easily killed us. The point that I am trying to make is that at one point in my life I would have found all the justification I needed for that position that I’d taken. And in fact, that position was nothing other than the position taken by an angry young man who still had an issue! You understand?

You cannot use the authority of Qur’an and Sunna to justify an opinion because you are then very busy with a very dangerous nafs game. How do you think these crazy people who strap bombs around young people and send them to blow-up, justify this to themselves? I guarantee they justify it to themselves on the basis of Qur’an and Sunna. So the issue is – by what authority do you speak? And you have to speak in the first instance on the authority of your own fitra.

Belief means to affirm that there’s a deep connection between you and all living things.

Your fitra is a deeper place than your opinion. Your fitra is where your ruh operates from. It is the place where you engage when your being is quiet, when you silence your internal dialogue with the dhikr that you do and the practices that you do, to the point where you see the thing as it is. And you’re not looking at your expectations or your assumptions of what you want the thing to be. Then you will find that Qur’an and Sunna are your friends. So what I’m saying is not hostile to Qur’an and Sunna. But you’ve got to get the calibrating instrument in the middle of this drama right first.

You see, this very clever woman Karen Armstrong made a very intriguing point. She said the word “belief” has changed in the 20th century and it’s changed everywhere. It’s changed for Christians and it’s changed for Muslims. Now the word “belief” refers to a set of passionately held opinions. I believe this and that, this and that, this and that! [But] The word “belief” isn’t about passionately held opinions. The same word, to believe means to have faith. It means to fundamentally trust life. That’s what belief means. Belief means to affirm that there’s a deep connection between you and all living things and all creation, that there’s a oneness, there’s a continuity and this is a felt truth. This is not a position, an opinion that you hold as a statement of an argument.

The very fact that you have to continuously refer to Qur’an and Sunna means that you doubt your own gravitas.

Now when you are operating from that place of felt connectedness with all things you are operating from ruh, you are operating from a quiet place. Then you are the authority. The person who speaks then is the person who immediately has gravitas. People immediately feel it. They know that this guy, this person, this is the truth. The very fact that you have to continuously refer to Qur’an and Sunna means that you doubt your own gravitas. Why do you have to keep hiding behind books? What do you have to say about this matter? I mean, if surely someone asked you to go and kill that little child over there now, you’d look at them in horror and say, “Why?!! I’m not going to do that!” Well, you’re certainly not going to say, “I’m just going to check with Qur’an and Sunna!” I mean, that would be nuts because it would be outrageous to your fitra. You know this is not right.

You have within you a coding, in fact, it’s from Allah, that indicates to you moment by moment by moment what is right and what isn’t right, what it is that you have to do right now for you to take the next transformative step in your life. That knowledge is already there, it is encoded and it doesn’t require text for affirmation. Your challenge is to get quiet enough to the point where you can hear this whispering in your being. Your ruh whispers. Nafs has an argument. The nafs takes up a position, finds a book, “You see! Look, look!” The ruh knows. How many times have you felt, particularly when you’re quiet and reflective and you know, you see, this thing? It might be an insight as to who’s going to walk through the door in the next five minutes. You know what I mean?

..what your Rabb brings in front of you is something that requires you to drop your opinion.

When you operate from that level you are not waving books at the world and you certainly aren’t holding onto firmly held opinions because what your Rabb brings in front of you is something that requires you to drop your opinion. You have to first drop your opinion to start to believe. How we’ve constructed belief in these days is about passionately held opinions: “I believe!” This is kufr. This is not belief. Belief is a deep held conviction, a conviction similar to you have no doubt that your backside is on the floor now. It’s a felt thing. It’s a connectedness. That’s belief – that I know, I know that part of me is sitting on the other side of your eyes looking at me. I feel that. That’s belief. It is not an opinion or talking up a position, be able to rattle off all the Qualities, the seven articles of faith, the angels, the Books. That’s a statement – that’s taking a position. I’m not suggesting that these things are false. That’s not what belief actually means.

The fundamental content of belief is similar to the word trust. I believe. I trust. What does that mean? That means that other is not opposite to or against self. We aren’t opposites. I can trust you and I can trust life because life isn’t my enemy. It’s not my opposite. It is my friend. A person who is hostile to life, constantly judges the world around him and has very harshly held opinions, is not a believer because he has no trust. He has no compassion, no kindness. He does not find himself in the other.

So much kufr today has got Arabic painted on it, Deen scribbled on it in Arabic and we say this is belief! It is nothing other than straightforward unadulterated shirk.

This discourse was given spontaneously after a session of dhikr on 13 March 2010. 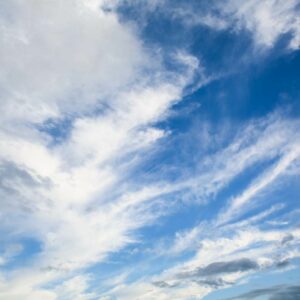 The Dhikr of Allah Makes the Heart Tranquil