One of the most difficult things for the sons and daughters of Adam is to break habits, especially those which are not ‘bad habits’ as such, because with these, our conscience does not lend us a helping hand.

Contrary to the general notion, the gracious month of Ramadan is not about fasting in the sense of depriving our body of nourishment. In fact, people usually gain weight and suffer from the effects of overeating during the interval when eating is permitted in this month. Of course, this was not intended by God, when He gave the concession to break the fast.

Ramadan is, as a matter of fact, all about breaking habits. This is the real and inner meaning of fasting, because by breaking habits we deprive ourselves of certain indulgences,apart from the satisfaction of our physical needs, which have virtually become part of our nature.

A very learned man in Egypt once told me that habits – good ones as well as bad ones – are actually invisible creatures of our own making, which we beget as soon as we carry out any action. These creatures then come back to us and urge us to repeat the very action, which brought them into existence, because our repetition of that action is the sustenance that keeps them alive. The more often we repeat it, the stronger such a creature becomes. The stronger it becomes, the more powerful becomes its soliciting, until it reaches dimensions of irresistibility, and we cannot but give in to its compelling demands. This is quite a gruesome scenario when it comes to bad habits. Imagine some hideous monster standing behind a drug addict or a gambler, whose willpower it has crushed completely; that poor fellow will stop at nothing to do its bidding, i.e. satisfy his addiction.

Ramadan is.. all about breaking habits.

On the other hand, there are also beautiful creatures that fill the hearts and souls of those, who are by habit benevolent and charitable, with joy and happiness. These beautiful creatures also fill the hearts of those who receive such charity and benevolence, with happiness. These kinds of habits need not be broken, because they are in themselves an expression of self-denial and sacrifice, otherwise they could not possibly lead to real happiness.

Our habits pertaining to the satisfaction of physical needs are not particularly good or bad in the sense used above; they are simply habits. Ramadan uproots them entirely along with a lot of other habitual routines, which we perceive to some degree as hardship, because of our habit-loving nature. It is, of course, not proper for us to ask, why Allah ordains what He prescribed for His bondmen and women; He does what He pleases, and no one can question Him. We can rest assured, however, that His intention has never been, nor ever is, to oppress us, and that all that is prescribed for us is for our own good. It gives us protection against the machinations of Shaytan, our ancient foe, evoking the self-destructive tendencies of our lower self (nafs), and it facilitates us in the achievement of our very purpose of existence, which is the gnosis and inevitable love of God that ensues as a result.

Among all forms of Islamic worship, the fast has been given a very special place. The Noble Prophet – Blessings of Allah upon him – has informed us in a hadith qudsi (extra-qur`anic Divine Revelation) that Allah declares the fast to be purely for Him. Hence it is obvious that the fast of Ramadan is not a physical affair, but an intensely spiritual one!

Man is a very complex being, whose essence is the soul, and his other components and faculties are but offshoots of this essence, enveloping it, as it were. Respectively, the performance of worship also has multi-layered aspects to it. To consider and perform worship as a physical exercise only is to degrade it to mere “pious gymnastics”. By doing this we deprive worship of its very meaning, and fall utterly short of fulfilling our obligation of gratitude towards our Creator, who has endowed us more generously than any other of our fellow creatures in this world – perhaps in all the worlds.

Among all forms of Islamic worship, the fast has been given a very special place.

Let us have a closer look at the implications thereof in regard to the fast. Our being does not only consist of a stomach and sexual organs, for which the fast has – perhaps because of their particularly ferocious appetite – literally been defined. What of the mind, the senses, the hands, the feet and the tongue? If we aspire to be “sound” Muslims, then the fast – perhaps in a particularly intense manner – involves all of these parts of our being as well. As do all other forms of worship, such as prayer, charity, pilgrimage and jihad. Otherwise, we are spiritually not much more than “partially paralyzed” worshippers.

What does the fast of the mind and its faculties, along with the organs controlled by it, imply? The key to this question is habit. What do we think about most of the time? What gives us the greatest pleasure to look at and listen to? What do we do, and which places do we frequent, in our free time? What do we talk about, and with whom? An in-depth analysis of these questions would overstep the scope of this feature, but there is perhaps no need for it either, because if we pose these questions to ourselves with some degree of honesty and self-critique, our conscience will give us very clear answers.

This much can be said, however, that all the things we think and do, which do not benefit anyone, but which we indulge in only for their own sake, deriving some satisfaction from them, are the most befitting areas for abstinence or fast. This applies all the more to those impure and detrimental occupations, which we know we should shun. To break such habits, Ramadan offers a most advantageous opportunity.

What pleases Allah is that we sacrifice some of our habits for His sake only..

If our thoughts revolve most of the time around worldly loss and gain, to the point that we cannot divert our attention even during prayers, a good “fasting practice” is to put apart a short time of our day and meditate about what our state will be in the grave, where our worldly pursuits will have abandoned us, and perhaps take a tasbih and recite some istighfar, while focusing on the meaning and purpose of what we are reciting. If we are fond of listening to and reading gossip, the traditional practice of reading or listening to the Qur’an (preferably along with a translation) is not only a formidable fasting practice for the faculties involved in seeing and/or hearing, but enhances them at the same time. I could go on and on, but as already indicated, our conscience is a very reliable advisor in this matter. Training ourselves to listen to this divinely inspired counselor, instead of the insatiable demands of our animal nature, is another very virtuous fasting practice.

Our daytime abstinence from food, drink and sex could hardly be of any gratification for the Creator of the universe. What pleases Allah is that we sacrifice some of our habits for His sake only, without any apparent benefit to ourselves. Of course, the Pleasure of the Creator is certain to have very rewarding repercussions on our lives! These may not necessarily be in the form of worldly benefits and physical comforts – although they may just as well be, if we consider the scientifically proven benefits of a properly conducted fast on our health. Their main effect will be a definite uplifting of our souls, by which not only our own lives, but the entire social environment around us will be illuminated and permeated by bliss. This is the reason for the very special atmosphere, which prevails in all Muslim communities throughout Ramadan everywhere in the world. It is the practical interpretation of a well-known hadith, which states that the devils are tied up during Ramadan.

On a few occasions I have had the misfortune of having to spend this blessed month, or part of it, in non-Muslim countries. I can assure you that Allah’s Blessings, which descend on the Muslims during this month, is an unfathomable, almost tangible reality. Not taking advantage of them by actively and wholly participating in this generous feast for the soul is like going into the shower with an umbrella. 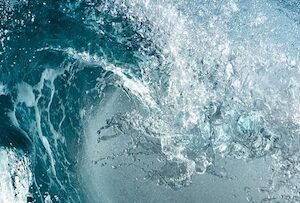 The Convictions of Virtue